You’ve probably heard about the benefits of drawing art. Intricate drawings were used by 12th-century monks to prepare manuscripts. These drawings also served as inspiration for art pieces from many other periods. But why is drawing so valuable? And how can you improve your skills? Read on to learn more about the art of drawing. Listed below are a few of the best ways to improve your drawing skills. If you’re new to art, try these techniques to improve your skills!
Creating illusion of depth 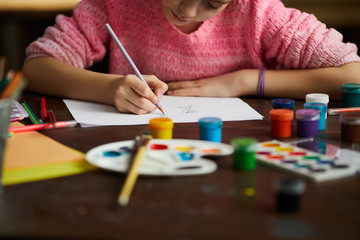 Depth perception is a skill that allows you to see objects as they are located in space. Basically, an illusion is a false interpretation of something. In drawing art, depth is created using perspective. This technique involves the use of overlapping forms and using different values for different areas of the object. The more detail and saturation you include in your drawing, the more it will seem like there is more space between the two objects.

To achieve this effect, artists use a variety of strategies. One strategy involves using vanishing points and proper linear perspective to add depth to a two-dimensional piece of artwork. Another technique uses enhanced light and shadow effects on the closest forms, thereby giving them the illusion of depth. This technique is particularly helpful when the form you’re drawing is close to another object. A good technique for achieving this effect is using a horizon line across the composition, and placing a vanishing point along this line. The lines that define the three-dimensional elements of the drawing should then intersect the horizon line.

An artist may try to create an illusion of depth in their artwork by overlappling different objects. The overlap of two objects helps create the illusion of depth, because an object covered by another object appears closer. Repeated overlappling on an object’s edge also creates the illusion of depth, since it shows the distance between the two objects. Moreover, certain periods in art history have shown an interest in creating convincing illusions of depth in two-dimensional paintings, while others rely on flat and two-dimensional media. 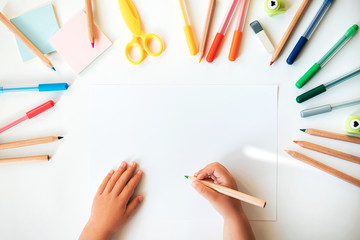 There are a number of techniques for creating gradients in drawing art. The simplest of these is the line gradient. This technique involves drawing a line through a painting to produce a gradient. The gradient color can then be used to shade a character or an object. You can also use a radial gradient to create a circular gradient that starts from a center point. You can also use a combination of these two techniques to create a gradient that is suited to your drawing.

A third technique involves modifying the gradients’ names. Most gradients have a name in Japanese, so changing this will allow you to easily find and remember the correct one. Fortunately, it’s a simple process. Once you’ve created a gradient, you can change the name of it to reflect the desired effect. You can even make minor edits to it later if necessary. Just make sure you select a different color for the background layer.

Color is another important tool for creating gradients. Gradients are a great way to create movement and perspective within an image. It can also be used to make objects more recognizable and realistic. As with line and shape, gradients can be any color. In the visual arts, gradients are a key tool in creating works of art. In fact, there are seven fundamental elements of art that influence the way that people experience and perceive them.
Effects of texture on drawing

Various techniques and elements used in art textures can elicit a variety of effects, including embossing the meaning of the visual composition. Texture in art can also be artificially created. Whether it is real or artificial, texture can enhance the look of a piece of artwork and add to its beauty. Below are some examples of how texture can influence drawing art. Let’s consider each of them individually.

Texture is defined as the feel and the appearance of an object. It is one of the seven elements of art, and understanding this element will help you create stronger drawings and paintings. Whether the surface of an object feels smooth or rough depends on the technique used to create it. A textured surface is one of two types of texture: a shiny surface and a matte surface. Physical texture is more apparent than visual texture and can even be felt or viewed.

Physical texture is best identified when viewed under the right light. Similarly, light can affect the readability of a surface. A strong light can obscure a drawing or create a stark contrast when applied to a highly textural surface. This contrast can also help an artist convey a message. However, it is important to note that different textures have different effects on different mediums. Therefore, it is essential to consider your chosen medium when creating an image.
Imitation of a subject

Imitation is considered to compromise the purity of drawing. This is because, according to Wilsons, it is similar to learning words: students are generating representations by modifying general structures. However, some students abandon this mental model partway through. In the following paragraphs, I’ll explain why imitation may compromise drawing’s purity. Let’s start with a general example. A person who has a hard time drawing a human face is more likely to copy a cartoon character than a real life one.

Imitation involves attempting to reproduce the form of a previous masterpiece. Dionysius of Halicarnassus first articulated the concept in the first century BCE. Since then, the concept of imitatio has dominated the history of the arts in Western civilization. Plato, on the other hand, regarded imitation as a general principle of art. His theory was particularly popular during the classical period.
Imitation of a style

In this article, we consider how an artist’s choice of style affects individual creative output. We examine how participants’ interaction with abstract drawings alters their internal representation of the concept of drawing and generates new patterns. We conclude that imitation of a style is a valuable technique to enhance creativity. Let’s consider two different drawing styles. The first style has many followers; the second style is the result of a single artist trying to imitate several styles.

Imitation of a style in drawing is a technique used to learn more complex art techniques. It helps students learn how to blend their creative and imitative skills. In addition, it promotes collaboration between the creative and imitative aspects of drawing. With practice, imitation can enhance creativity, allowing artists to make better use of their creative abilities. And when done correctly, it can be a powerful platform for the creative process.

While twentieth-century viewers value originality, their predecessors valued imitation. Students learned how to draw by copying other artists’ prints and drawings. Even Rembrandt continued to copy the work of other artists after leaving school. Imitation of admired models was considered a legitimate way to create art. However, it is important to note that imitation of a style does not mean a piece is not original.
Media used in drawing

When we talk about media used in drawing art, we usually think of ink. But wet media can be any substance applied to a surface by mixing water with it. Artists use water to thin oil paint or acrylic paint, which can be mixed with water to create a gray value. While wet media requires more set-up and cleanup time, there are many advantages to working with it. There are pros and cons to each type.

Pastel – Pastels are made of paint pigment and a binding material. These were first used in the 18th century and have remained popular to this day. Pastel colors vary in hardness, from soft to hard, and there are several kinds of pastels. You can use soft pastels for blending, while hard pastels give sharp outlines. Other types of pastels include watercolor paper, Bristol Board, and Yupo paper, which is translucent.

Vine charcoal – This is the oldest type of drawing media. It is produced by burning small branches and wood sticks. Graphite and charcoal are both dry materials, with varying degrees of moisture. Vine charcoal is the most common and can be purchased in powder, paste, or gel form. Compressed charcoal is a bit harder to use and gives deeper blacks. It is also less flexible on paper. Regardless of which one you choose, you’ll find it useful in creating art that reflects your own unique perspective.